Slots RTP to Gauge the Performance of Games 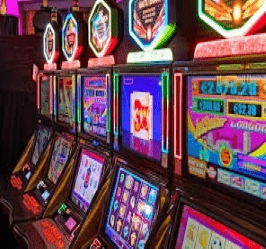 You have undoubtedly come across the term "slots RTP" while reading about online casinos that you are interested in and wondered what it actually means. RTP is short for "return to player" and that refers to a percentage that players can expect to get back from casino games such as slots which sounds simple enough but can be very confusing for some players. Basically, RTP is a way to measure the average percentage of money that a given game will give back to players over a certain amount of spins. How many spins? That depends on whom you ask but it could be calculated over 1 million spins. Slots RTP is the accepted way to view a game's performance across the industry and fully embraced by eCogra (eCommerce Online Gaming Regulation and Assurance) which is a testing agency that focuses on player protection and is based in the United Kingdom.

How to Understand Slots RTP

It is important to understand that slots RTP should not be measured over a few spins, meaning that you can't just play 100 dollars over a few spins and expect to get 97 back because that particular game has a 97% slots RTP. Return to Player has to do with that a slot or other type of gambling game will give back to players over a certain time period but this is factored according to a vast number of spins. As you have noticed by this point, Slots RTP is represented as a percentage and the higher that percentage happens to be, the more often players can win while playing that game over a long period of time; of course, that works out much better for some than for others. One player might lose a couple of hundred dollars, for example, while the following player will win substantially after having played just a few dollars. It is also important to understand that slot RTP is specific to a game.

How Does Slot RTP really Work?

Slot RTP is definitely useful when it comes to calculating how much a specific game will payout over a period of time, but it is not a foolproof system. One could compare RTP to the house edge; for example, if the house edge for a game happens to be 4% then it could be considered as a 96% RTP. With this in mind, you will certainly want to look for games with the highest possible RTP. Players should also keep in mind that despite RTP there are bound to be winning and losing streaks whenever any type of gambling game is played; although, despite this, you should still try as hard as you can to only play games with a high RTP to minimize losses.

Most people talk about a house edge when they are talking about certain games such as roulette and slots RTP when talking specifically about slots but both of these terms can be applied to a casino as a whole. If we were to assign an RTP to an online casino all we would have to do would be to take into account the amount that this gambling establishment gives back to players and divide that by the amount bet by players. It should be noted that only the net amount that is won should be considered with table games since the original amount placed as a bet is forfeited.